By Paul R. Pillar
Non-resident Senior Fellow at the Center for Security Studies of Georgetown University

The Joint Comprehensive Plan of Action (JCPOA), known more commonly as the Iran nuclear deal, is one of the most significant milestones in efforts to curb the spread of nuclear weapons. The agreement severely limits Iran’s nuclear activities while closing all possible paths to an Iranian nuclear weapon and establishing the most intrusive international inspection regime that any sovereign state has willingly imposed on itself.

The JCPOA has been successfully serving its purpose for two years. But political forces both inside and outside the United States that never wanted anyone to make deals with Iran have not given up their effort to kill the agreement. That effort got a new lease on life from the election of Donald Trump, who has made the JCPOA another of his predecessor’s accomplishments that he aims to destroy.

Understanding what is at stake in the struggle for the agreement’s survival requires knowledge not only of the terms of the agreement but also of the history leading to its signing. There is hardly a question that has been raised about the JCPOA that does not have an answer in that history. Trita Parsi provides in Losing an Enemy a definitive narrative with such answers.

Parsi is almost uniquely qualified to have written such a detailed and insightful account. He has had remarkable access to many important players on both the American and Iranian sides, including regular conversations with Iranian Foreign Minister Javad Zarif and interviews with many senior U.S. diplomats and political advisers who played major roles.

Parsi also has been a player himself as head of the National Iranian American Council, an organization representing Iranian Americans that opposes many policies of the Iranian regime while supporting diplomatic means, including the JCPOA, of addressing differences between the United States and Iran. Despite such personal involvement, Parsi’s book is not a memoir. It is a thoroughly researched and well documented piece of contemporary history.

The principal myth that this history dispels—a myth that opponents of the JCPOA never tire of promoting—is that there somehow was a “better deal” for the taking. Parsi’s account of the long, exhaustive and exhausting, negotiations that led to the agreement shows how wrong that myth is, and how if there was to be any negotiated closing of pathways to an Iranian nuclear weapon, that closing would have to involve something that looks very much like the JCPOA.

Losing an Enemy lays out the laborious process: the demands and counter-demands, the all-night negotiating sessions, the frustrations on each side, and the shouting matches between Zarif and Secretary of State John Kerry that sometimes got so loud that aides had to advise them to tone it down lest everyone else in the building hear them.

Parsi’s book includes earlier history of the Iran nuclear issue, before effective negotiations got rolling after Hassan Rouhani was elected president of Iran in 2013. That earlier history demonstrates the falsity of the notion that increased pressure was the key to making Iran agree to terms they would not otherwise accept.

The George W. Bush administration refused negotiations at a time when an agreement probably would have been possible with the Iranian nuclear program less far advanced than it would become over the next several years. During those years each side tried to pressure the other: the United States and the West by imposing ever more sanctions, and Iran by spinning ever more centrifuges and enriching ever more uranium. It was only when each side came to accept the futility of relying only on pressure, and to bargain on the basis of mutual respect, that it became possible to place restrictions on the Iranian program.

When the fate of the newly negotiated JCPOA was thrown to the U.S. Congress, arguments by the agreement’s opponents took the form of many splats of mud that were thrown up on a wall to see which would stick. That the arguments lacked validity reflected how, for the principal opponents, the terms of the agreement were not important despite what their rhetoric might have suggested. They did not want anyone to reach any agreement with Iran, regardless of the terms. The principal opponent was, and still is, the Netanyahu government in Israel.

Parsi recounts the history of how Israel switched from, at the time of the Iran-Contra affair, encouraging the United States to do business with the Islamic Republic of Iran to the opposite posture of endlessly excoriating Iran and trying to sabotage any business with it. The end of the Cold War and the toppling of Saddam Hussein meant that Israel, or at least the Israeli right, needed an enemy in the form of Iran and did not want, per the title of Parsi’s book, to lose that enemy. And like another opponent of the JCPOA, the Saudi regime, the Israeli government wanted to keep Iran, as a potential competitor for regional influence, isolated and sanctioned no matter what it did on nuclear matters or anything else.

The historic nuclear agreement was made possible because certain political and diplomatic stars aligned the right way, including presidents in both the United States and Iran with a sense of perspective and an ability to see the other side’s perspective. Those conditions will be hard to recreate, and impossible to do so under current U.S. leadership. Diplomacy can address many other issues of concern to Tehran and Washington, as it successfully addressed the nuclear issue. But that will be possible only by building on the JCPOA, and thus only if the JCPOA survives. 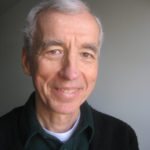 Paul R. Pillar is Non-resident Senior Fellow at the Center for Security Studies of Georgetown University. He retired in 2005 from a 28-year career in the U.S. intelligence community. His senior positions included National Intelligence Officer for the Near East and South Asia, Deputy Chief of the DCI Counterterrorist Center, and Executive Assistant to the Director of Central Intelligence. He is a Vietnam War veteran and a retired officer in the U.S. Army Reserve. Dr. Pillar’s degrees are from Dartmouth College, Oxford University, and Princeton University. His books include Negotiating Peace (1983), Terrorism and U.S. Foreign Policy (2001), Intelligence and U.S. Foreign Policy (2011), and Why America Misunderstands the World (2016).

All views and opinions expressed in this article are those of the author, and do not necessarily reflect the opinions or positions of The Defense Post.

Iraq to Redeploy Federal Forces Along Border With Iran and Turkey

9 hours ago bruce lee
We use cookies on our website to give you the most relevant experience by remembering your preferences and repeat visits. By clicking “Accept All”, you consent to the use of ALL the cookies. However, you may visit "Cookie Settings" to provide a controlled consent.
Cookie SettingsAccept All
Manage consent